Report: Side event on ‘Lessons learned from providing finance for the implementation of NAMAs’ during SB 40 in Bonn 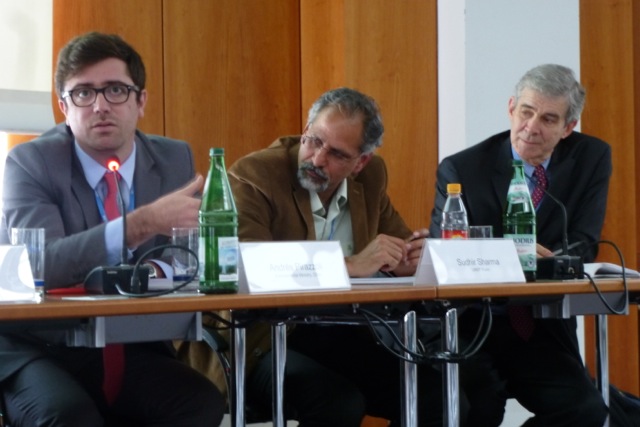 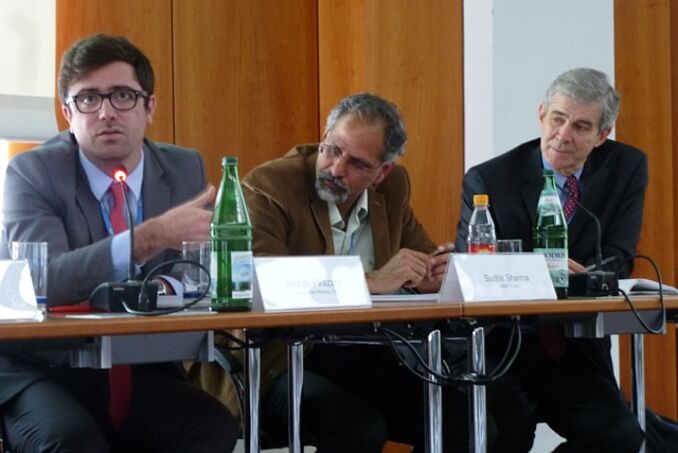 The Facility’s side-event during the recent SB meeting in Bonn focused on the lessons learned so far from the first call for NAMA Support Projects. Different stakeholders who were involved in the first call contributed to the event with their specific perspectives and lessons.

For the NAMA Facility, Dr. Karsten Sach (BMUB) and Ben Lyon (DECC) highlighted some key lessons learned from the first call for NAMA Support Projects. They observed an increased motivation in partner countries to invest in the development of NAMAs due to the availability of funds provided by the NAMA Facility. They also reported on an extensive project pipeline being developed across geographical regions and a variety of sectors and highlighted in particular that a large number of NAMAs were being developed in complex sectors such as transport, waste and agriculture. As an area of improvement, Sach and Lyon emphasised the need for the early involvement of financial actors in the design of NAMAs to ensure the bankability of the concepts developed.

For the Chilean Government, Andrés Pirazzoli contributed some early lessons from the implementation of the Self-supply Renewable Energy (SSRE) NAMA that was pre-selected during the first call of the NAMA Facility, and emphasised the importance of data and information and in particular the importance of defining baselines and developing a robust MRV system. In addition, he reported on challenges related to the different implementation timelines of the technical and financial components of NAMA support projects due to the underlying processes and requirements of the NAMA facility.

Sudhir Sharma, representing UNEP Risoe and the NAMA readiness programme FIRM, reported on the potential of the NAMA Facility and its guidelines, criteria and templates to structure national NAMA development processes and decision-making. Referring to discussions within the FIRM project, he recommended that the NAMA Facility provide further clarifications with regard to the concept of transformational change potential. He observed that the work of the NAMA Facility had helped clarify the concept of supported NAMAs, which he defined as the provision of international support to unlock additional national and private sector finance for the implementation of NAMAs.

Ned Helme, President of the Center for Clean Air Policy (CCAP), provided an overview of the recent developments in the establishment of the Green Climate Fund (GCF) and described how the lessons learned from the NAMA Facility had influenced the recent debates of the GCF Board. In particular, he highlighted the attention the GCF board paid to the NAMA Facility’s selection criteria, in particular the concept of the transformational change potential the adoption of which by the GCF board representing a ‘paradigm shift’ in Helme’s view.

Roughly 80 participants contributed to the subsequent debate and raised questions with regard to the selection process and criteria of the NAMA Facility and the inclusion of the private sector at the different levels of NAMA development, and requested additional clarification on the concept of transformational change potential and its operationalisation.