Between 4 July and 31 October 2016, National governments and Co-applicants, were invited to submit NAMA Support Project outlines to the NAMA Facility. The 4th Call for NAMA Support Project outlines is made possible due to a joint contribution of additional funding of up to EUR 60 million by the German Federal Ministry for the Environment, Nature Conservation, Building and Nuclear Safety (BMUB) and the UK Department for Business, Energy and Industrial Strategy (BEIS).

The number of submissions indicates a high interest of countries in NAMA implementation, and reflects the impetus deriving from the Paris Agreement. Many national governments directly refer to the Paris Agreement or their Nationally Determined Contributions in their endorsement letters.

16 Least Developed Countries (LDCs) submitted a NAMA Support Project outline. Outlines received cover a large variety of sectors and all geographic regions. The largest share of NAMA Support Project outlines was submitted by countries from Africa, followed by countries from Asia, the Americas and Europe. Outlines from the energy sector (energy efficiency and renewable energy) feature prominently in the list of submissions followed by submissions focusing on forestry and land use, waste and waste water treatment and transport. 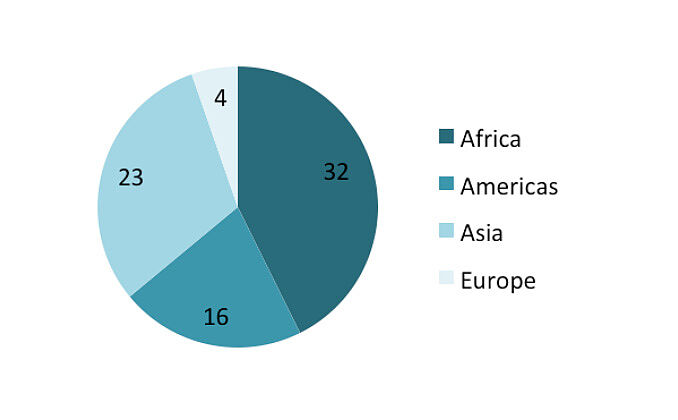 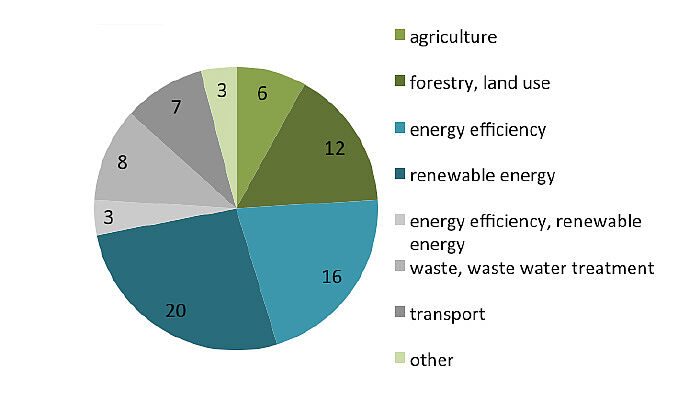 All NAMA Support Project outlines are currently being evaluated against a comprehensive set of criteria. The decision on the selection of outlines to receive funding for a Detailed Preparation Phase (DPP) is expected to be taken in spring 2017. Further updates will be published on www.nama-facility.org.

The current NAMA Facility portfolio comprises 14 NAMA Support Projects that have been selected for support in 3 Calls of the NAMA Facility.

As of today, the donors of the NAMA Facility, the German Federal Ministry for the Environment, Nature Conservation, Building and Nuclear Safety (BMUB), the UK Department for Business, Energy and Industrial Strategy (BEIS), the Danish Ministry of Energy, Utilities and Climate (EFKM) and the European Commission have jointly made available more than € 260 million for four Calls for NAMA Support Projects.

Further information on the selection of NAMA Support Projects from the 4th Call will be published on www.nama-facility.org.