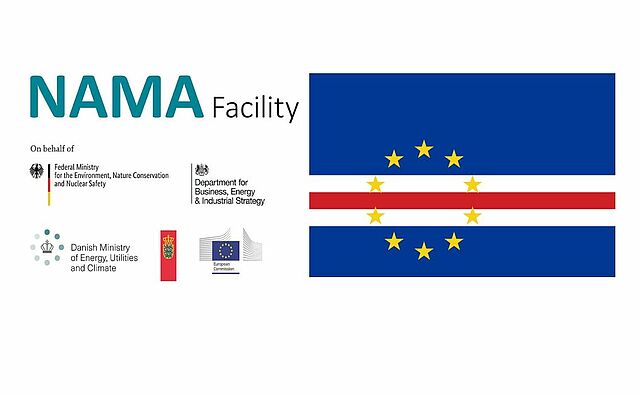 NAMA Facility Donors – the UK Department for Business, Energy and Industrial Strategy (BEIS); the German Federal Ministry for the Environment, Nature Conservation and Nuclear Safety (BMU); the European Union and the Danish Ministry of Energy, Utilities and Climate (EKFM) – have approved funding to support the implementation of an ambitious NAMA Support Project (NSP) in Cabo Verde as part of the NAMA Facility's 5th Call.

The NSP Cabo Verde – Promotion of Electric Mobility will support the government in further developing and implementing its strategy for the promotion of electric vehicles in order to reach a significant market share of total vehicle purchases. By the end of the NSP, the intention is to have 4.3 percent of newly registered light-duty vehicles and 10 percent of new public administration vehicle procurement be electric. The NSP will support and provide incentives for the acquisition of 600 electric vehicles, the installation of network of 40 commercial and 55 private EV charging stations, and the implementation of five e-bus demonstration projects. The financial and technical cooperation components of the NSP will be led by Deutsche Gesellschaft für Internationale Zusammenarbeit (GIZ) GmbH.

Following the Detailed Preparation Phase, during which the NSP worked to further elaborate the proposed project concept, a comprehensive NSP Proposal was submitted to the NAMA Facility. Based on an in-depth assessment of the NSP Proposal, Donors then approved the NSP to enter the Implementation Phase.

The NAMA Facility's support for these NSPs illustrates the Donors' continued commitment to ambitious climate action.